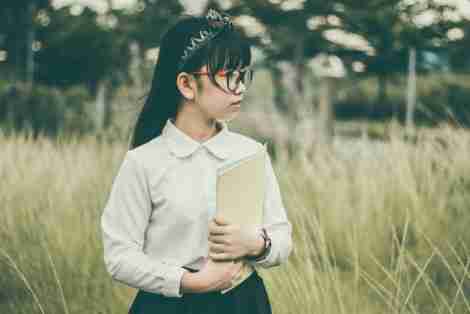 16 May Tiger Parenting: Helpful or Harmful?

Posted at 20:12h in Blog, Counseling for Asian Americans by lia
0 Likes

In 2011, law professor Amy Chua wrote Battle Hymn of the Tiger Mother. In her book, Chua argued that so-called “tiger parenting” is typical in Asian families, and that a strict parenting style is the key to raising successful children.

According to Chua, children of tiger parents often excel in school and college. Tiger parents emphasize academic and career achievements above all else, and put their children under considerable pressure to succeed. They are also keen to involve their children in challenging extra-curricular activities.

But does tiger parenting really help children thrive, and is it actually common in Asian American families? Although Chua’s account is interesting, we need to look at findings from large-scale studies before drawing any conclusions.

Tiger Parents Are Actually A Minority

In opposition to Chua’s theory, several studies have concluded that most Asian American mothers and fathers cannot be described as “tiger parents.” Longitudinal research shows that a supportive parenting style is more common.

Supportive parents engage with their children in a positive way, encouraging them to do their best without relying on punishment or intimidation to change their children’s behaviors.

By contrast, tiger parents use a mix of positive and negative parental strategies. They are likely to use encouragement coupled with a set of strict rules and high demands.

How do different parenting styles compare to Tiger Parenting?

Children of supportive parents also had better levels of socio-emotional adjustment, and were more likely to feel greater obligation towards their families. They are also less alienated from their parents, suggesting that supportive parenting leads to positive parent-child relationships.

Tiger parenting is preferable to a harsh parenting style, in which parents are demanding and show their children little warmth. Children with harsh parents had the worst socio-emotional adjustment scores.

The Role Of Culture In Explaining Asian American Success

Tiger parenting isn’t the reason why Asian Americans are more successful than average in school and college. Is there an alternative explanation? Two cultural differences may hold the answer.

Research shows that some Asian American parents see their child’s academic performance as a litmus test of their parenting skills. Their children learn that getting good grades and going onto the best colleges is a key life goal, and this is reflected in their work ethic.

This dynamic isn’t usually seen in European American families, which might explain why supportive parenting doesn’t have the same effect on grades and socio-emotional adjustment seen in Asian American children.

The Effect Of Attitude Towards Intelligence

Psychologist Carol Dweck, who researches attitudes towards intelligence, believes that Asian American parents’ view of intelligence is an important factor in their children’s success.

Research shows Asian Americans are more inclined to take an incremental view. They work hard at school and college because they are more likely than European Americans to draw a link between effort and success.

What Does This Mean For Parents?

In summary, supportive parenting seems to yield the best outcomes, both socially and academically. Supportive parents discipline their children when necessary, but they are patient, kind, and engaged. Tiger parenting can produce outstanding academic results, but this is the exception rather than the rule.

About the author: Lia Huynh is an Asian American Licensed Marriage and Family Therapist located in the San Jose and Milpitas areas. She is of Chinese and Japanese descent; her husband is Vietnamese (hence the last name). She often strives to resist the urge to be a tiger parent to her two kids.